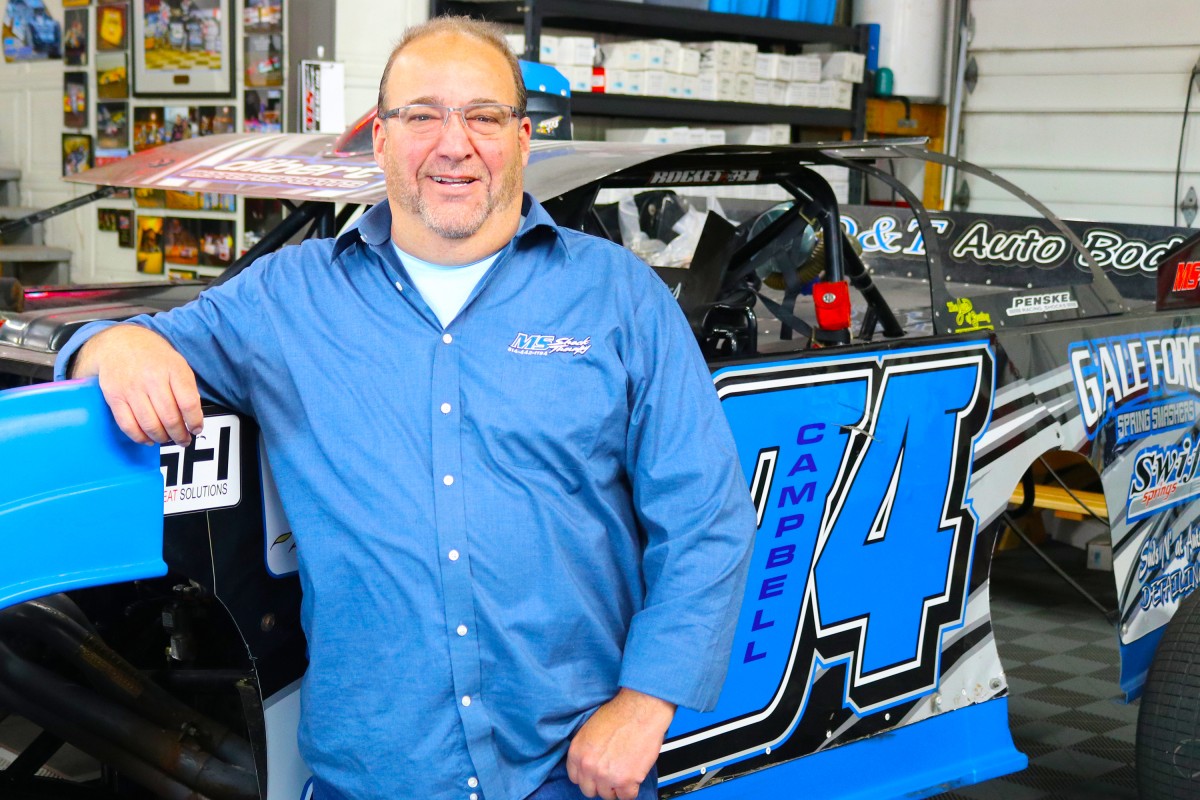 In December 2019, Mark Smith was preparing to leave town to drive to Indianapolis, Indiana for a race car tradeshow. He tied up loose ends at his race car shop and went to the bank where his fiancée, Julie, works as a manager. He was in Julie’s office when he suddenly laid on the floor and said to Julie, “We have to go because I’m having a heart attack.”

Mark was rushed to Conemaugh Meyersdale Medical Center. After some tests, the ER team discovered that Mark had a dissecting aneurysm. The aneurysm was life-threatening, and the doctors advised Mark to say goodbye to his loved ones before being transferred by MedStar to Conemaugh Memorial Medical Center.

Most people don’t survive this type of aneurysm. “I said goodbye to my family and friends but was never scared. I was confident I had a good life,” said Mark.

“When I got to Conemaugh Memorial, there were about 15 people standing there staring at me,” said Mark. “I learned later that they were staring because they were shocked that I was still alive considering what happened.”

Mark was in surgery for four and a half hours. His cardiothoracic surgeon, Dr. Savas Mavridis, reported that the damage was worse than expected. He wasn’t sure if Mark would survive the surgery.

“A dissecting aneurysm is a serious medical emergency. It was very fortunate that the patient recognized and reacted immediately to his symptoms. This was a complicated dissection, but due to the quick response of the medical team, we were able to surgically restore the aorta successfully. It is rewarding to see a patient living a full life after such a critical incident,” stated Dr. Mavridis, Cardiothoracic Surgeon.

Mark survived the complicated surgery. He spent five days in recovery at the hospital and was able to go home with the support of home health.

Meyersdale Medical Center not only saved Mark’s life in 2019, but they also saved his father’s life in 1993. Mark’s father had an aneurysm, and he credits Meyersdale for stabilizing his father and transferring him to a higher level of care where he had life-saving surgery.

“I had total confidence in the doctors at Conemaugh Memorial,” said Mark. “Even when they weren’t sure if I would make it, I knew I had the best care possible.”

Mark is back to doing what he loves–working on race cars, running his business, and enjoying time with his loved ones. “The people around me went above and beyond. I never thought of myself as more than the average guy, but people wouldn’t give up on me and I have a new respect for everything.”

FOR INFORMATION ON CONEMAUGH'S HEART FAILURE PROGRAM click on this link.