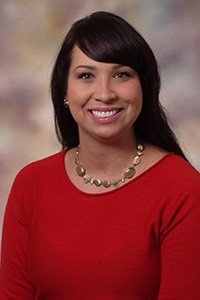 Jessica actively volunteers in her community as well as serves on multiple Nursing Advisory Boards.